The history of the Radcliffe Observatory Quarter goes back a long way before John Radcliffe's Infirmary was built in 1770. 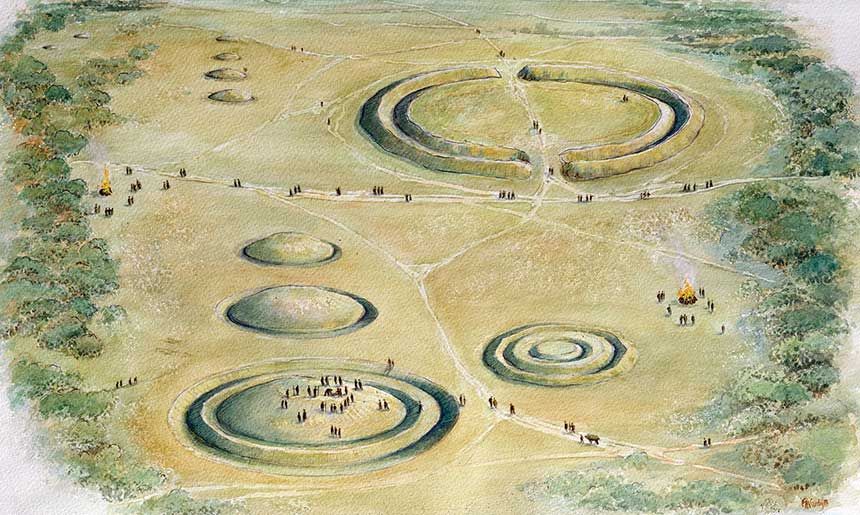 Artistic recreation of what the ROQ site might have looked like nearly 4,000 years ago, looking east from roughly where the Oxford University Press building is now
credit: MOLA

Evidence has been found of people living on the ROQ site in Neolithic times and during the Bronze Age; there was also activity during the Anglo-Saxon period. The Before Oxford page gives further details of excavations by the Museum of London Archaeology in 2009 and 2010.

Building work on the original Radcliffe Infirmary began in 1759. It opened on St Luke's Day (18 October) 1770 and the burial ground was consecrated by the Bishop of Oxford on 30 November. Since then, the site has evolved to reflect the needs of the time.

More details about the history of the site can be found on the From the 18th century page.